TTRPG's, short for TableTop Role-Playing Games (or tabletop RPG's), are social games played with a group of friends around the table or online, where each participant creates, controls, and plays a fictional character in an evolving story or adventure. In most TTRPG's, one participant acts as the "game master", the host, referee, and facilitator of the game.

This 50-year-old category of hobby games is trending in recent years and gaining a tremendous revival. The resurgence is powered by top Hollywood actors and celebrities coming out as role-players, with major news outlets, even Forbes, now regularly covering tabletop RPG news. 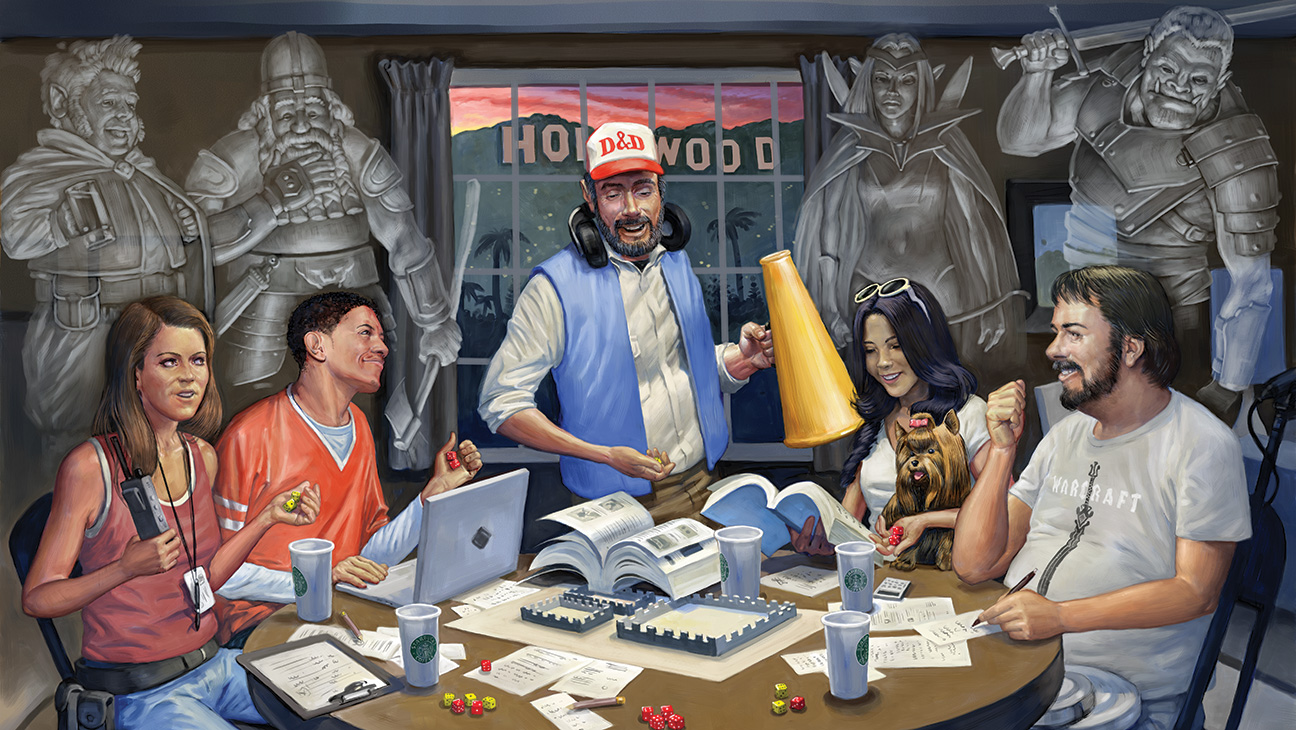 Players enjoy creating and playing their own unique characters, with which they often identify; derive satisfaction from overcoming obstacles, challenges, and adversaries and from upgrading their charter; and have fun acting or describing their characters actions, thoughts, feelings, and adventuring life with detail -- and then watching their friends do the same.

Game Masters get a kick from telling an interactive story for their friends, engaging in creative world-building of the setting, and crafting interesting scenarios and entire campaigns full of dangers, traps, monsters, villains, and plot twists. Game Masters don't always know how the game will end, because the players and the dice control the outcome of the character actions, so for the GM, too, every game nights is full of excitement and discovery.

While some of these experiences are available through TTRPG's virtual children, video game RPG's, there are gratifying aspects that only tabletop roleplaying can provide: playing socially with your friends, truly open-ended scenarios, and a platform for freeform creativity rather than railroaded gaming. While Dungeons and Dragons is the first TTRPG and as such remains the most widespread, many also see it as a traditional game with its roots in tactical miniature and war games. But there are many hundreds of tabletop RPG titles, allowing players to explore different genres -- from fantasy, through horror, to science fiction, and more.

Modern TTRPGs also offer new gameplay styles and mechanics. Every game has a set of rules and ways to describe characters and action that enhances the experience at the table.

So what makes City of Mist unique in the TTRPG landscape? While modern fantasy -- in other words, superpower and magic in the real world -- is the most popular genre in streaming shows in recent years, there aren't many TTRPG's that explore it explicitly. City of Mist is set in a world where ordinary people wield legendary powers, and focuses on your character's struggle to balance her personal life with her magical side.

Everything in City of Mist is described in terms and tropes you know from TV and movies, so if you're an avid viewer, you're already familiar with the basics of the game. Your game is described as a series with a cast of lead characters, one for each player, who together form an ensemble or crew of magically-powered characters that investigate strange cases, battle villains, and deal with the drama in their private lives. Cinematic actions and techniques like cut, flashback, voice-over, and montage are an integral part of the game. Traditional TTRPG's tend to get very technical, with numerical values for attributes, skills, damage, armor, etc. which require many calculations at the table. That's fine in a video game, where the processor does all the heavy-lifting, but many tabletop role-players feel this slows down the game and hinders creativity and immersion around the table. City of Mist is a word-based game where all your stats and abilities are reflected as TAGS. This opens up the game to creative gameplay free from calculation and no-sense hardwired limitations.

Your character's journey in City of Mist is designed to be bumpy; in fact, the bumpier it is, the more your character grows and evolves. Just like the lead cahracters of comic books, TV shows, and movies, your character can lose her powers but gain a new love interest, or lose her job and discover a new ability -- it's up to you to choose the twists and turns of your story.

Tabletop RPG's are known as "the best hobby in the world" for a good reason -- there's no other game that offers such a deeply entertaining and at the same time creative experience.

If you are new to TTRPG's or looking for a new TTRPG to try, check out City of Mist. The best way to start is with the Starter Box, which contains everything you and your group of friends need to start your series in the City. Enjoy!